I have heard this a lot in my years – particularly from creative professionals. I get it…they are often cumbersome, ever-changing, impossible-to-read documents that only the project managers seem to care about. I’d like to show you why the project plan could very well be a key tool in your arsenal.

Here’s 5 reasons project plans should matter to you:

roadmap“in the land of the blind, the one-eyed man is king.” 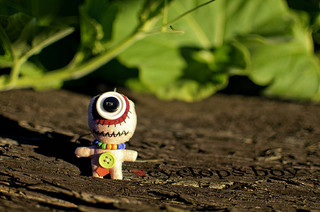 Remember that project – we’ll call it Project Suck – that still gives you PTSD flashbacks? It came out of nowhere, struck you like a freight train, and then took the scenic route through a labyrinth of blind S-curves and shaky trestle bridges over precipitous ravines? Well, it had a project plan that you ignored.

Yes, project plans morph over time, sometimes mutating spectacularly like a radioactive sewer-dwelling villain from a Marvel comic. But in the beginning, you are looking at the most optimistic, reasonable, sane version of your upcoming journey. It pays to understand those expectations and reference them as a means to support your feedback later in the project.

For instance, Project Suck’s initial plan laid out an 8-month timeline (you aren’t escaping this anytime soon), had multiple creative deliverables with overlapping development times (hope you put the calvary on call), was authored by four different content writers (put on your SuperCommunicator cape if you want any creative input), and the whole thing would undergo translation into 6 different languages for international distribution (did you know everything is twice as long in German…and Spanish…and…?).

But you missed a lot of that detail because you never actually reviewed the plan in detail – you just sat in the meetings and listened to what people shared with you.

When you SEE disaster headed your way, you stand some chance of reacting to minimize or avoid it. The alternative is a one-way ticket on the Crazy Train.

Don’t know how to read a project plan? Do they confuse and overwhelm you? Get help. Ask your manager for a primer, ask a peer who seems to Get It for tips on how they deal with them, build some connection with your project manager by asking if she has a few minutes to help clarify some of the tasks assigned to you. Admitting you want to get better with project plans will only gain you points. Come into the light, my friends.

risk management“look before you leap.” 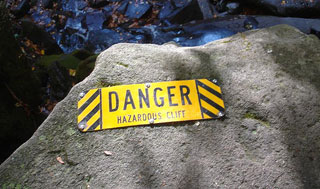 The best part is that at the early weeks of Project Suck, the project manager asked the team, “Is everyone good with the project plan? Any concerns?” The door was wide open…and you missed that opportunity. And later, when you worked 80 hours in 6 straight days? You could have avoided that.

Risk management is not just for managers. It’s about actively preventing your descent into the 9th ring of Hell, which you obviously have a vested interest in. By paying attention to what is expected, you have the opportunity to evaluate & plan for it…and when you realize it’s Mission Impossible, you have the chance to bring alternate solutions to the table before it’s too late to change course.

Learning to quantify potential issues and their impact to the project (and project timeline) is one of the most valuable skills you might ever learn. It takes time to master, but it’s worth the effort. It shifts you from a passive captive of bad circumstances to an active participant in plotting an alternate course.

Your favorite moment of Project Suck was at 10:57pm on Wednesday night of Hell Week, when you finally got the content you needed from the new writer, only to realize it was completely out of alignment with the style standards that the others used. You particularly relished how you had to slaughter your design because there was no time left to discuss changes before the deadline.

I have 2 words for you: pro-active communication. 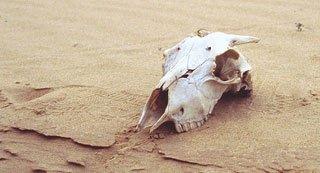 Imagine this: you are on a road trip out West, and of course, you keep an eye on your GPS as you go. You see that Death Valley is coming up, and that you are approaching the last town before a hundred+ miles of….nothing. Do you swing by that gas station to refill and load up on Cool Ranch Doritos, energy drinks and a few bottles of water? YES.

It’s the same thing with a project plan. You can see when a team member is going to begin work that will be critical to you down the road, and the best – arguably the ONLY – time to have an impact is before they start. The new writer had no idea you needed her to follow certain styles, and you did nothing to help her understand that. Paying attention to the project plan will help you create opportunities for early collaboration – and more likely produce good work. 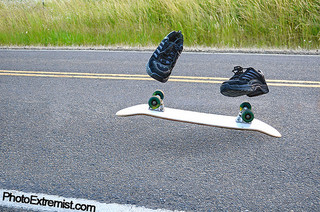 Speaking of that night, why was the writer giving you content at a time typically reserved for The Daily Show?

Delays are the best part of projects, aren’t they? The Ripple Effect often leaves production resources at the end of the line, crushed between delayed approvals and a deadline that can’t move.

The hard truth is that if you don’t advocate for yourself, it’s likely no one will. So many creative professionals seem to accept radio silence and sneak-attacks by unexpected production requests. It doesn’t have to be that way – the project plan can help you subtly request accountability from your team members, while communicating when you are at risk.

Alternate Reality Moment: Let’s say you had that early collaboration with the new writer, not only discussing standards and brainstorming how to bring the content to life, but also establishing a sense of mutual purpose and respect. It’s now the Monday before she is due to deliver the content to you for production, and you drop her a quick email, letting her know you are planning your week, and asking if she expects her content for Project Suck to be ready for you by the end of the day Tuesday, as outlined in the project plan.

She picks up the phone and calls you, admitting that the content is behind schedule because of client approval delays. She promises she is working as fast as she can, but at the moment, she’s having a hard time even predicting when it will be ready.

Well, now you have choices. There are a lot of ways to handle this situation, but they all boil down to make people aware that the delivery schedule is in jeopardy. Without selling your team member downriver, you can both work to ensure that your project manager, as well as your managers, are in a position to help you resolve the delays in a way that reduces the negative impact for both you and the project.

The answer is always to look for solutions before it’s an emergency…but that takes awareness of the big picture – and your place in it.

At the end of it all, the team for Project Suck bonded – extreme suffering will do that to people. But is that your big takeaway – that all of you survived this project?

Here’s your last reason – and perhaps the biggest What’s In It For Me motivation. If you understand the project plan, use it to discuss risks early and often, hold yourself and others against it’s standards, and advocate for yourself through it’s details, you will likely have won over some of your team members with your preparedness, thoughtfulness, and attention to detail.

Having a project manager who listens to you because you have thoughtful feedback? Invaluable. Having a content writer seek you out because you took the time to establish a mutually respectful relationship? Priceless. Having a boss who is impressed that you want to improve an area that most people view with distaste? Career-changing.

Of course, you can totally blow it by communicating ineffectively, throwing tantrums instead of opening discussions, and generally being an inflexible jerk

Let’s try to avoid that, shall we?

(More to come on each of these topics…practice ideas, communication tips, and tangible resources…stay tuned!)

It's not enough to be brilliant in your field. In a tough economy, your talent might get you on the short-list, but skills like effective communication, pro-active time management, business savvy, and relationship building will be what make you the A-List choice in any company - whether you are trying to get in the door or move up within an organization. Learn more about this blog...